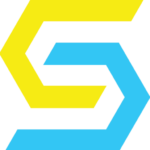 SELINA.MMA is a prediction / analytic app for Mixed Martial Arts (MMA) powered by SELINA.AI.  While you can access the app via desktop, it was really designed for fast and easy mobile use, supporting both Android and iOS.

The app can be installed for free via https://app.selina.ai.

SELINA.AI is a prediction modeling AI/ML project that creates forecasts based off HQ (Human Quotient).  While the use cases for SELINA.AI are many, we wanted to test and validate the accuracy of the modeling.  To do this, we started using the modeling to predict the outcome of UFC fights.  We chose UFC, because of the amount of fights, 1v1 human involvement and deep statistical background.

While other AI/ML prediction projects forecast sport results based off the same shared data, or even their own metrics based on historical trends, our project is different.  We predict the outcome of fights based primarily on HQ.  That data, along with other traditional and custom metrics are combined to create fighter profiles.  We then have a simulation model that is run over 1 million times per fight using the specific fighter models mentioned.

HQ, or Human Quotient) is a large part of the 'secret sauce' behind SELINA.MMA.  SELINA.AI's premise is to scan social media for a wide array of data (posts, likes, retweets, engagement, location, timestamps, etc).  That data is then compiled and run through our proprietary linguistic filters, assigning numeric weight / values to social media interactions.  That data creates the parent HQ metric and all child metrics.

In a more recent update, we added SELINA.CONTXT to the modeling.  Essentially, in the world of MMA, SELINA extracts the audio from previous fights, transcribes it and runs it through the same linguistic filters.  So while other projects base their predictions off stats, we include the context behind those stats, giving the model a deeper understanding of what the stats actually mean.

What does this mean to you?  Ultimately, there is a reason underdogs win.  The human 'x-factor'.  HQ is designed to try and quantify that.

How Accurate is SELINA.AI and How Can I Trust the Data?

We launched the public beta of SELINA.AI in May 2022.  Upon launching, went through a variety of versions as the AI/ML evolved.  We also went through many different versions of data classification, called Tiers.  In short, defining which picks had more weight / value than others.

In the early stages, we were only picking 1-5 fights a card.  Eventually we moved to every Men's fight on the card.  In October 2022 we added the Women's weight-classes as well, meaning every fight on a UFC card is modeled.

Our Tier versions went through substantial changes, but we have now settled on 2 Tiers.

Tier 1: SELINA's Favorites - These are the picks SELINA.AI is most confident in.
Tier 0: All other picks - These are picks that either SELINA.AI likes but have lines that don't offer enough value for the risk.  This Tier also includes picks that didn't score high enough in the model to be classified anywhere else.

As of the official SELINA.MMA app launch in November 2022, SELINA.AI had a 69%-73% accuracy rate, depending on which way the model versions and tiers were measured.

What is Digitally Signed?

At launch, we wanted to find a way to validate the SELINA.AI picks.  This way, there could be no argument about her success rate or claims of data being changed.  As we move the SELINA.AI to more critical use cases, we needed users to be able to trust the data.

To tackle this, we went the route of using JUNO blockchain to Digitally Sign the picks.

As our project continues, future features will include a CW-20 $SLNA token and DAO, all using JUNO.  Because of this, and some deeper integrations behind the scenes, using JUNO to store a record of the picks would mean they could not be manipulated after the fact.

We then created a public Discord channel and posted all the picks, including the Digitally Signed via Juno.Tools in the SELINA.AI Discord.  The growing community got to watch every success and opportunity as sELINA.AI evolved from version to version.

How do I get the SELINA.MMA app?

Easy!  Just go to https://app.selina.ai and install it right from that page.  While it works well on desktop, it was really designed for mobile use and supports both Android and iOS.

Is the App Free?

While we offer both Free and Premium options, we really wanted to make sure the Free version was valuable enough to still be great enough to work itself into your daily-use rotation.

The app was designed to be fast and easy to use on your mobile device, regardless of whether you have a Free or Premium account.

If you enjoy the FREE membership, you may want to upgrade to the Premium membership for only $14.99/month or $99.99/year.

In addition to everything in the FREE membership, you also have access to:

How do I install the APP?

While SELINA.MMA can be used via desktop, it was optimized for mobile use.  The mobile browser version is a good experience, but for the BEST experience, you will want to use the SELINA.MMA app for iOS or Android.

Both versions can be downloaded direct from the app.selina.ai page, or via the menu from the same link.  It will auto-detect the version required based off your mobile device.

If you have any issues, please review these .pdfs with full, detailed install instructions:

Help! I want to order a 1-month or 1-year Membership, but it is asking me for my account information BEFORE ordering?

First, thanks for choosing to join SELINA.MMA!

Because our Premium packages include data that is time-sensitive, we have a strict No-Refund policy.  As such, we require all users to Sign Up for the FREE account before signing up for any membership package.  This way you can ensure SELINA.MMA is right for you.

The FREE membership is free forever (no 30-day trials here)!  If you are familiar with SELINA.MMA and want to jump right in with your Premium membership because you want access to the Advanced Metrics, SELINA.AI forecasts and more, then you can sign up for the FREE account and then immediately upgrade to one of the Premium memberships right after.

I Love it, but How Can I Get Help / Support?

From the app, just click on the SELINA.AI Discord link.  We have a full support channel.

Feel free to join the Discord and ping SELINA.AI!  Then you can send a DM!

How do I get access to the Premium SELINA.MMA Private Discord Channel?

SELINA.MMA's growing community has always prioritized Discord as our primary method of communication.  Not only is the creator of SELINA.AI/SELINA.MMA and hosts of the Bettor Buds podcast active there, but it's also a great place to get your SELINA.MMA Support questions answered.

One of the best new features though comes with the launch of the app as of November, 2022.  All 1-year Premium Members of SELINA.MMA will also get access to the private, premium SELINA.MMA channel.  In there, you can talk about the SELINA.MMA forecasts, Paths to Victory, MMA and more with other premium 1-year members for the duration of your membership.

To gain access, just add your Discord handle to your USER PROFILE from within the SELINA.MMA App Dashboard and then ping us in the SELINA.AI Discord.  After verifying your active membership, we will add your role instantly.

All community members are welcome to post MMA related topics in the public channels, but posts about the SELINA.MMA forecasts and Paths to Victory prior to the fight's ending is prohibited.

Are the Social Media Profiles Linked in the Fighter Profiles the Real Ones?

We have done our best to validate where we can, however, we can not be held accountable for inaccurate links.  If you notice one is wrong, please let us know and we will research it and update the links where possible.

What is the Timeline for Data Updates?

There are multiple factors that go into the app updates.  However, the average release times for data are:

Im with the media. Can I get a free Premium Membership?

Yes.  Eligible members of media can get free premium access to SELINA.MMA.  Please reach out to us directly at Contact@Selina.Ai or ping us via Twitter / Discord for more information. 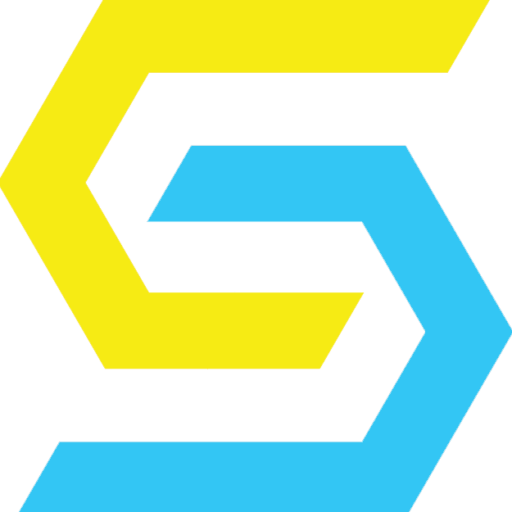 Install this SELINA.MMA on your iPhone

and then Add to Home Screen